Ten Pounder on the Line 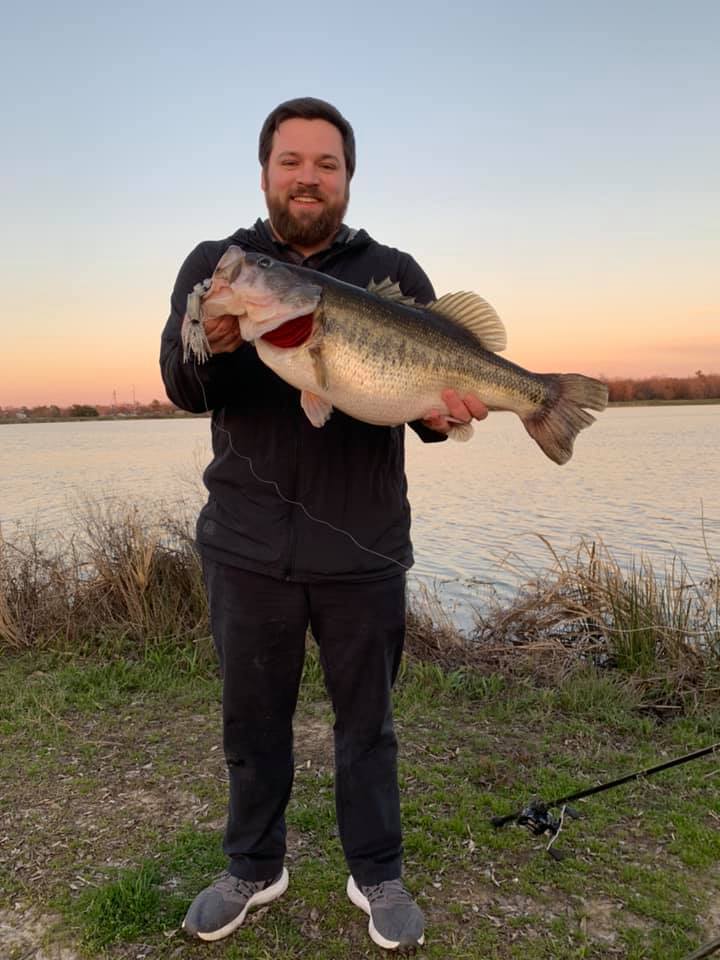 We never know what is going to happen when we decide to pack up our gear and head out to the lake. I have heard stories about a small lake located in the center of a small town in Texas about 25 miles away from the legendary Lake Fork. I have heard friends saying they have seen pictures of 10-pound bass being caught in this little city lake. I never honestly believed them because the lake was not very big and every time I have fished this lake in the past I have been skunked. I do have to admit that part of the reason that I was skunked was because the transition of moving to Texas from New York was much harder than I expected. Fishing in Texas is about the chance at a once in a lifetime fish, the double digit bass that so many anglers fish their entire lives for and most never achieve. 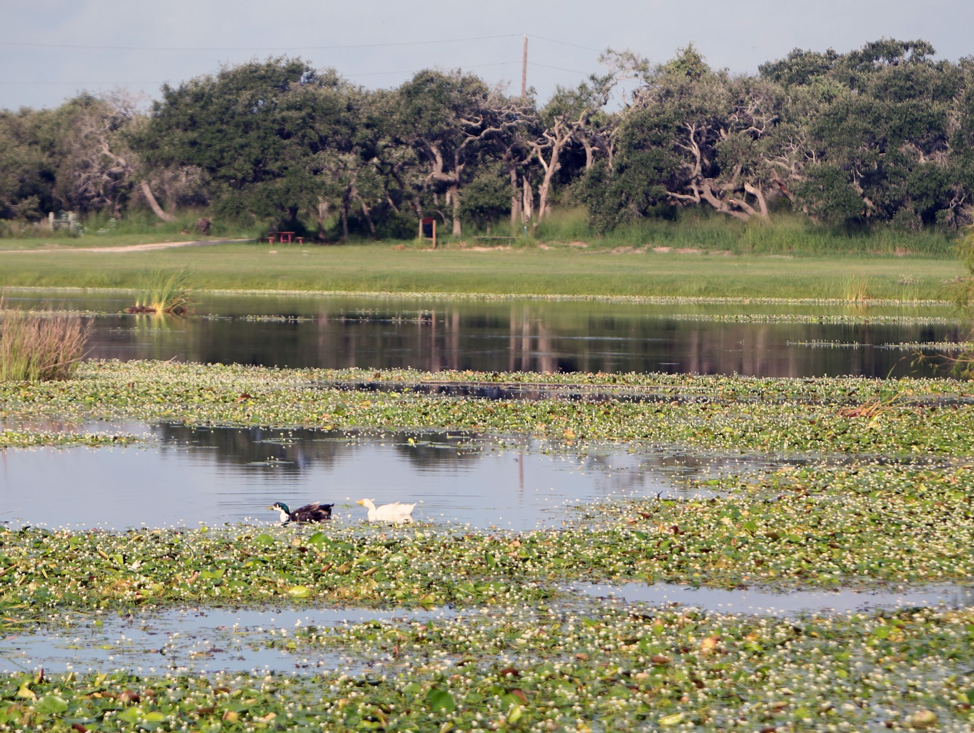 The winter was coming to an end, and a mixed beginning of March was occurring. East Texas went through some serious weather changes. Over the winter and spring alone we had more rain than we knew what to do with. This caused most waters to be more heavily stained than normal. We had also experienced some extreme temperatures, such as lows in the teens and highs in the 70’s within the same week. With the combination of some warmer weather and that magical time of year, the bass were beginning to feed up for the spawn.

While browsing through the local fishing forum, I saw a post of a guy who had managed to land an 11.1-pound bass out of the local town lake before work one morning. I showed the post to a few friends of mine, and we decided that a couple of days after the fish was caught we would go and try our luck at landing another giant. During that week I was battling an illness, and on the day we had planned to fish I went home from work, sat down on the couch and thought about not even going fishing. I messaged my buddy asking if he was still going, and he said he wasn't sure himself. We finally talked each other into going and met up at the boat launch to do some bank fishing before dark. I grabbed two rods out of the back of the car and a small tackle box containing the essentials for bank fishing. By the time we got everything ready to go, we only had about 40 minutes of fishing, but that was plenty of time to change the way I plan my fishing for the rest of my life.

After talking about a last second game plan, we decided to fish the biggest point in the lake. The point has some rock out on the main lake and also has a second point that comes off of it that protects an area which I predicted to be the area the majority of these bass would want to spawn. We walked over and set our gear down on a bench. I decided to tie on a Yank Tackle Company Shudder Bait in a shad color. I put on a trailer that I had soaked in JB's Fish Sauce because I am a firm believer in covering your scent when fishing, especially when fishing for giant bass. I threw my first cast down the point, about 3 feet off the bank. I slow rolled the shudder bait and then let my line go slack. Shortly after the bait hit bottom I felt a small "tick" on the line, almost like a bluegill tapped my lure. I decided to set the hook in case the bite was a bass. At first I thought I hooked bottom, as it felt like the lure never moved. Then the rod started pulling back. I told my buddy it felt like a decent fish, but I soon realized it was more than a decent bass. The fish surfaced and I could see that the shudder bait was not hooked in an ideal spot, so I knew I had to get the fish in quick. When I pulled the fish up to the bank, I realized that I had caught a giant and that I had shattered my previous personal best of 6.5 pounds. I yelled to my friend that this fish was the biggest bass I have ever seen in person and to take a few quick pictures. After a couple of quick pictures, I realized that I didn't have a scale or even a way to measure the fish. Thinking about it now, I could have put my rod next to the fish to get an estimate, but I was more concerned about making sure this beauty of a fish was released safely to continue feeding up and get ready to spawn. I have a video of the release of the fish and watching her swim off truly shows the size and girth of this fish.

With my personal best being a 6.5-pound bass and seeing one 7-pound bass being caught, I cannot say that I am a good judge at estimating the size of a bass this large. I reached out to the tournament fisherman who caught the 11.1-pound bass in this lake and a few other Lake Fork tournament fishermen who have been fishing for years to get an estimate on her size. I would have truly been happy with everyone telling me she was 8-9 pounds, but I have only received ranges of "pushing 10" all the way up to 12+. All I know is that I now own a very nice scale which I bring with me every time I fish and a measuring board that I use when kayak fishing. 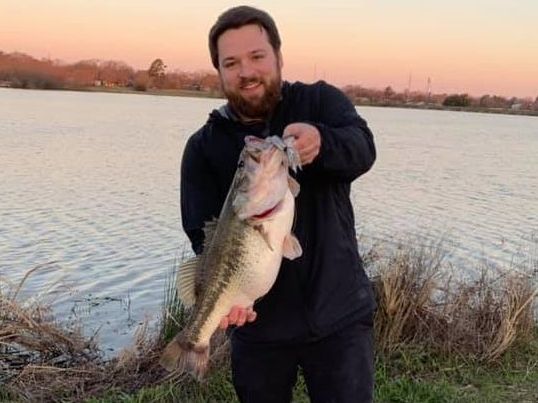 Always expect the unexpected. You never know how things may turn out, and if you are unprepared for them then you will have to pay the consequences. I will never truly know the size of this fish or if I ever did hit the double digit club that so many bass anglers dream of being in. The drive will never stop though, and I am determined to catch another double digit bass on record before I hang up the rods one day. This time of year is the best time for catching the fish of a lifetime. Take every chance you get with the people you love and make a memory. I know I will never forget this fish and the lessons I learned that day. 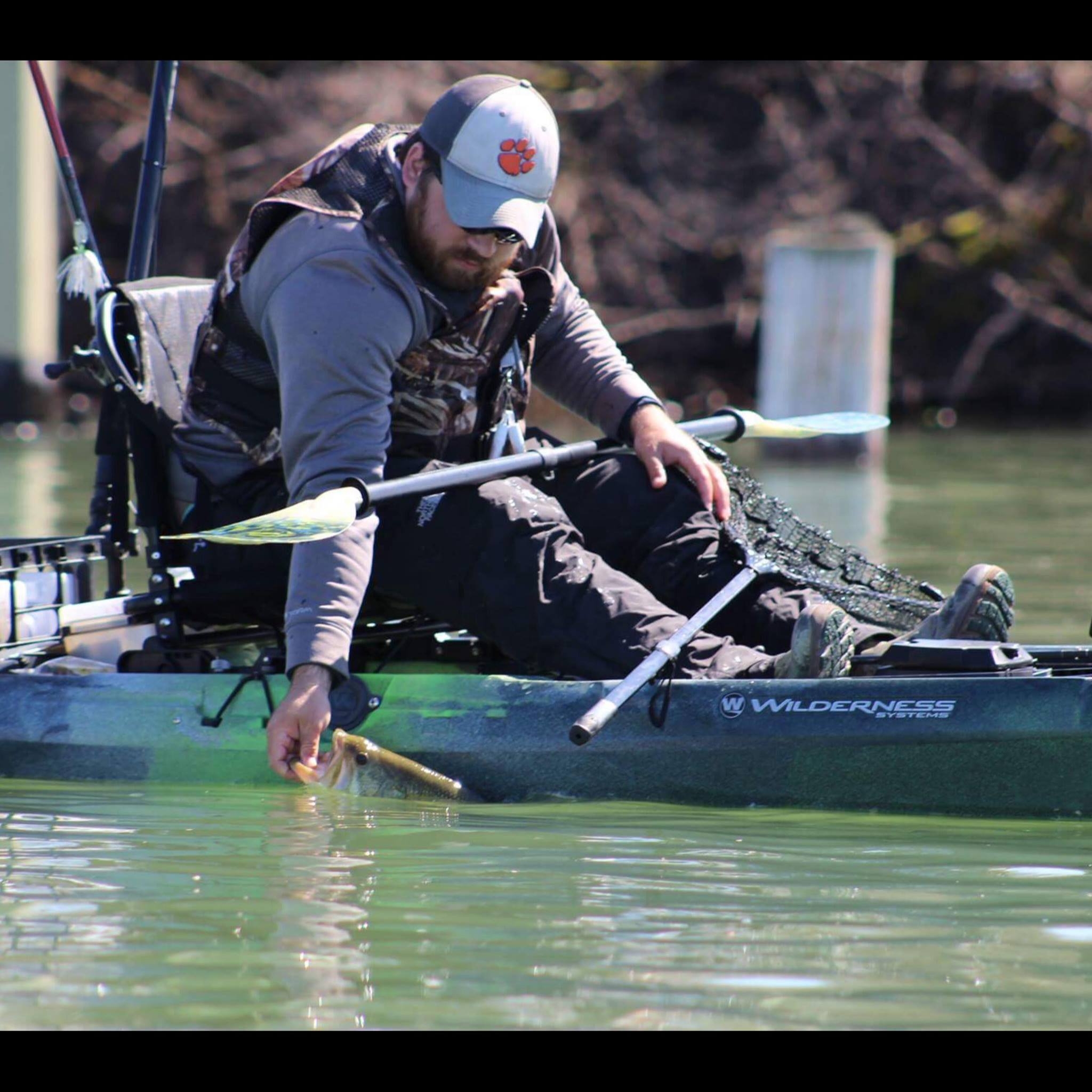